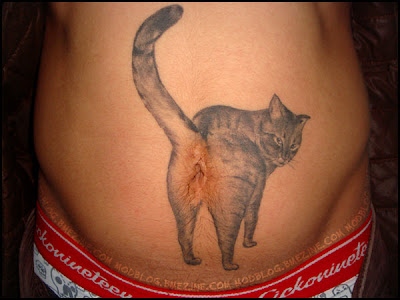 He looks like a poor decision maker.
Posted by 3am wanderer at 11:07 PM 14 comments: 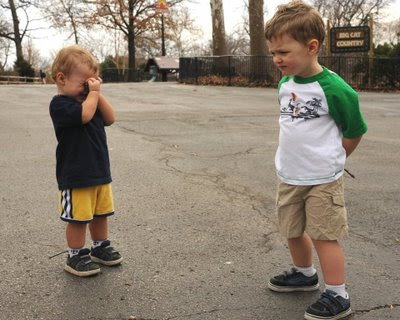 He looks like he's taking the news stoically, but his baby brother Cameron is devastated...he just can't believe it's not butter.
Posted by 3am wanderer at 11:58 PM 4 comments: 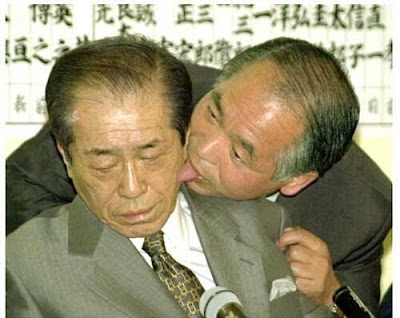 He looks like he has mastered the final and ultimate maxim from Sun Tzu's Art of War:

When one can not overcome his enemy by strength or strategy, poison his Tic Tacs when he leaves them on the counter of the Hyatt men's room while he's locked in a stall taking a dump, and when death befalls him, call a press conference and publicly make love to his corpse. Time has shown that great men win battles, but only a dead man fucks with a crazy motherfucker. 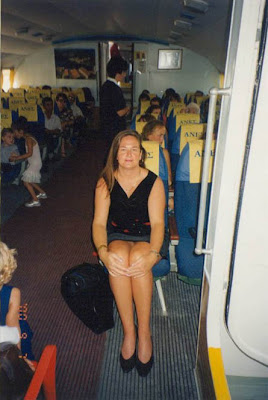 She looks like the age range for this Singles Fantasy Vacation to Niagara Falls was a little wider than she had anticipated.
Posted by 3am wanderer at 1:57 AM 1 comment: 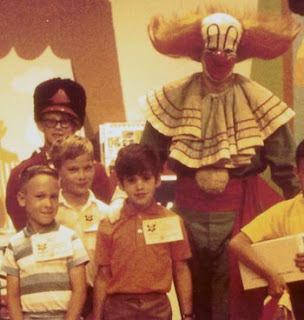 He looks like the Mills Valley Elementary School record holder for number of times held back in the 3rd grade (18), traumatizing nearly two generations of little boys who were afraid not to be his friend when he bounded up to them and asked them to honk his nose. Sleepover parties were always the worst. No one could sleep around him.
Incidentally, that marching band kid who thinks he's British gets punched in the gut, just moments after this picture was taken, by the little gay kid in the front row who hates posers.
Posted by 3am wanderer at 10:31 PM 11 comments: She looks like proof that the military's experiment using covert operatives as delivery systems for "silent but deadly" biological weapons is wildly effective, causing gagging and instant death within seconds to those within a 12 ft radius. The carrier remains immune, though in her debrief reported a heavy, meaty smell shortly following engagement of the weapon. She was adamant the smell didn't come from her.
Posted by 3am wanderer at 12:27 AM 5 comments: 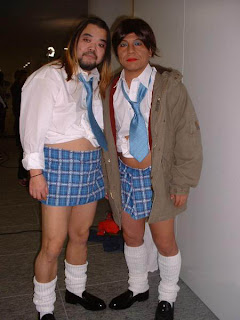 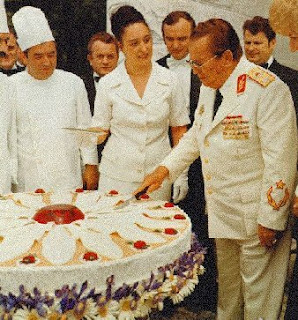 He looks like if he hadn't been responsible for ordering the genocide of hundreds of thousands of people in his own country, his staff wouldn't be so terrified to tell him he's about to kill the stripper.
Posted by 3am wanderer at 9:49 AM 2 comments: 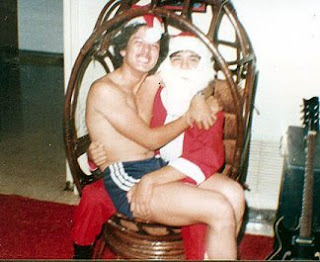 He looks like even pedophiles know that reversing the roles every once in a while can be healthy for balancing a relationship. He looks like even by sending the US Army a photo that implies he's physically disabled, potentially mentally disabled, holds dubious company and is of questionable sexual orientation, Reggie's still getting sent to Vietnam because he's black.
Posted by 3am wanderer at 12:50 AM 7 comments: He looks like Karl Thurman, son of Walt and Barbara, a proud man who's made a living solely off of volunteering for medical studies. He was one of the original pioneer test subjects instrumental in getting Viagra approved by the FDA, and his body's violent response to a mixture of red river mud and armadillo excrement allowed researchers at the University of Texas (El Paso) to determine that bathing the body in this solution to cure eczema is as scientifically ineffective as an old wives' tale.

Karl's last experiment involved testing a combination diet/male-pattern baldness drug, a drug that could help a man simultaneously lose weight and regain hair with one pill, like a Pantene 2-in-1 shampoo/conditioner. Fortunately for the drug company, it was quickly discovered that the drug sometimes had the opposite effect of uncontrolled body hair growth and they halted the drug's development in search of other formulas. Unfortunately for Karl, his secret hobby of participating in local swingers parties was seriously impeded by the body odor which can be conjured up by a man with excessive body hair.

Karl has since retired from medical studies. He lives in St. Paul, Minnesota with his two pugs, Cagney and Lacey, running a local Help-U-Sell Ebay store while enjoying a colder climate which allows him to keep his body bundled up the majority of the time.

He still longingly cruises swingers websites out of nostalgia, and the only part of his body he still meticulously shaves are his pubes because it makes his junk look bigger. Just in case he should ever get over his body hang-ups and rejoin the bored, adventurous housewives of the midwest and the alternative-lifestyle accepting husbands who love them. Just in case...
Posted by 3am wanderer at 12:32 AM 7 comments:

She looks like her momma so fat, even her fat roll's got a camel toe.

She looks like a beard. A big, bushy oh-your-dad's-gonna-be-so-pissed-that-he-paid-for-that-wedding beard.
Posted by 3am wanderer at 2:30 AM 4 comments:

He looks like Sonny, who at 45 years old, still lives with his mother in a modest trailer home down by the river. She had put up with having to cook for him and clean up after him, but after all these years and Sonny still insisting that she dress him every morning as well, at 74 years old, she finally decided to do what she should have done in the beginning--she waited until Sonny drank himself unconscious on Wild Turkey, then paid the two teenage boys next door to haul him into the city and drop him off on the church steps in hopes that the kind Sisters of St Mary would take him in. She took comfort in the fact that since Sonny had never been more than 2 blocks away from his own home, the bastard most likely wouldn't be able to find his way back home. He looks like he's taking sexy back. Sorry JT.